On July 19th of this year, The Dandy Warhols ended up their own story with their first best-of with The Capitol Years 1995 - 2007, highlights in 14 titles + 1 unpublished work of the 5 albums appeared to this major company. I mean... it was not announced as such but that could not be otherwise taken. Interview with Courtney Taylor.

On July 19th of this year, The Dandy Warhols ended up their own story with their first best-of with The Capitol Years 1995 – 2007, highlights in 14 titles + 1 unpublished work of the 5 albums appeared to this major company. I mean…  it was not announced as such but that could not be otherwise taken.

It was necessary to catch Courtney to return on this (hi)story. To know more about this damned head of pig, to pay tribute to the Dandies, big losers of Dig!, the documentary. To greet their failures, all these homeworks which they copied to the first bench of the class but that nobody says nothing, all these songs which, as « Welcome To The Third World », were more sounding like some bootlegs. Yes, to greet this good old time which makes that we do not forget the first times, even if they were made of flesh or paper. As this year of 1997, when one of your schoolmate had had the good idea to lend you Different Class ( Pulp) and Come Down, THE ALBUM of the Dandies, that where every title exults this vachard feeling of freedom from care. You had just discovered OK Computer (Radiohead). You were going to discover Urban Hymns ( The Verve). The rock, late education, was finally launched. 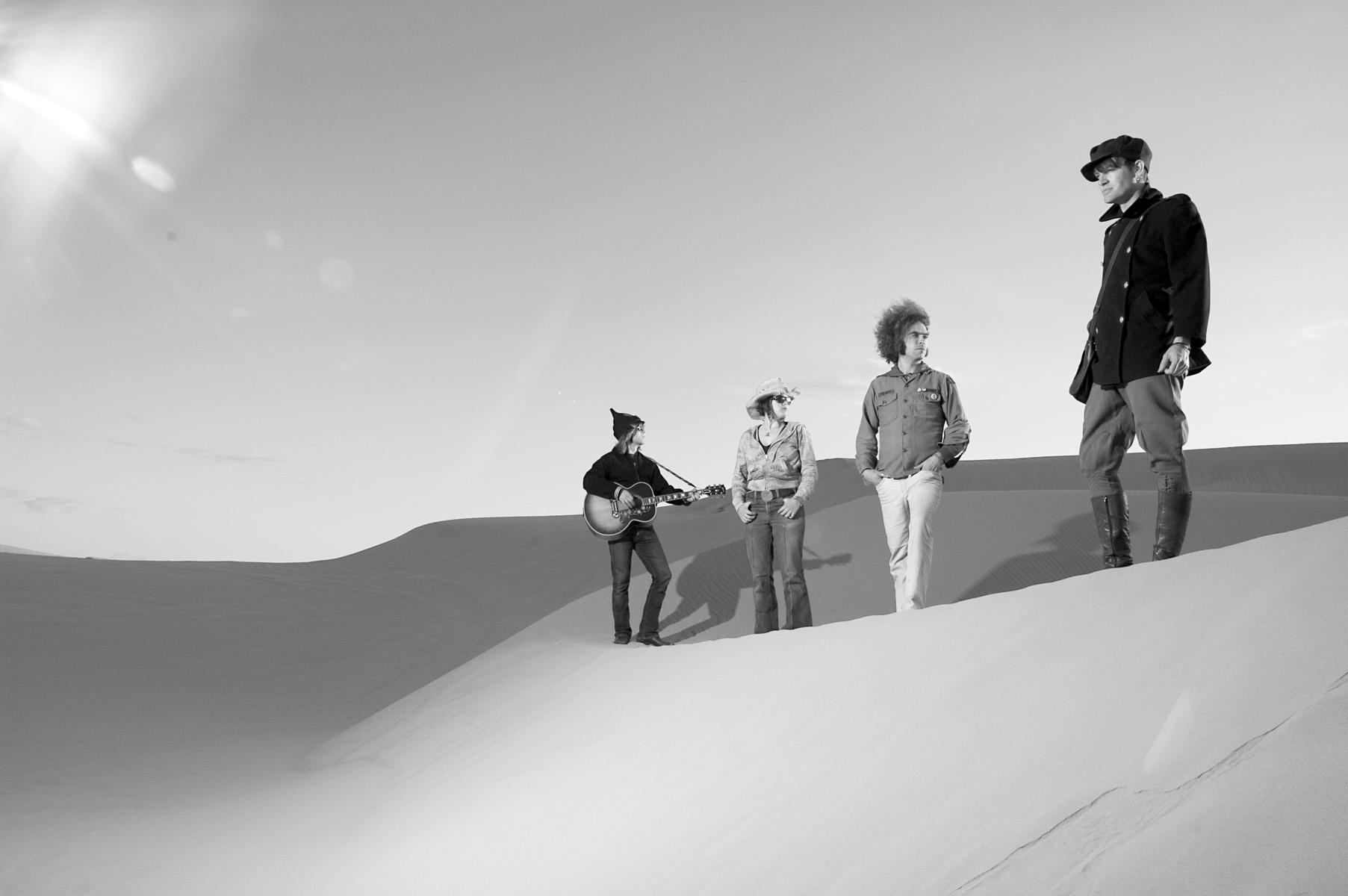 With the diminishing market for cds or other physical mediums goes the idea of a greatest hits package. People dont need it on itunes because you buy songs one a time and make your own greatest hits. We needed to do this now or never.

For you what is strange and difficult to dismantle each Dandy Warhols’ album so as to make this best of ? On what criteria did you select these 15 songs ?

It was pretty easy. We just took all the songs that have charted in the world and that pretty much filled up the record.

This week my favorite Warhols record is Odditorium. Having the Best of get remastered by Chris Gheringer has made the 3 Odditorium track sound amazing so I’m pretty into that right now.

We’ve been rehearsing for the tour and my favorite song currently is “Holding Me Up”. Such an amazing track and live it is just gorgeous. “The Last High” is always a contender with me too. Beautiful song.

I can’t think of a favorite melody but “Bohemian Like You” pops into my head just because its busy and fun to sing along to.

The lyric « just a casual, casual easy thing. Is it ? It is for me » from “Bohemian Like You” is generally one of the best things that ever popped out of my head.

Oh I suppose Vu with Nico. 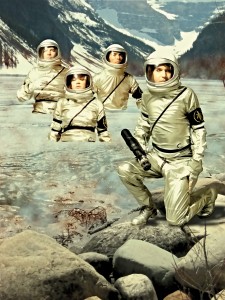 This month seems to be Goats Head Soup.

What’s your favorite song of all time ?

I used to say “Lay Lady Lay” but these days i really dont know.

How did you discover music when you were young ? Was music something important for your parents ? And when did you start to pratice it ?

I took piano and violin at four years old but didnt really get the music bomb dropped on me til i heard « Killer Queen » a year or so later. Then I heard « Radar Love » and I havent thought about much besides music since.

At the beginning of your career, despite you’re american, you were quite considered as part of the Britpop scene. Were you conscious about that ? How do you explain that ?

American guitar bands were « raprock » like Limp Bizkit and Ilk. Naturally we were lumped in with our favorite bands like Spiritualized and Blur and The Charlatans, etc. God can you imagine if we didnt have them to tour with ? We wouldn’t have survived.

In 1997, I was 17 years old and three albums struck me : Ok Computer, Urban Hymns and Come Down. Did you feel close to these bands ? I mean : close as competitors ?

Well Thom York was about the meanest, awfulest little person to me every time he got the chance so despite being friendly with other members of his band, no i didnt feel close with them. I never have met The Verve and that may be why I actually do feel close to that band. We lived with their music for such a huge part of our lives and Storm in Heaven was one of the biggest influences on what we sounded like (and since there was no interaction or immaturity to get in the way). Any time I even hear their named mentioned I still get a warm melty feeling in my heart.

Did you feel yourself more competition with Suede ? Oasis ? Supergrass ? Pulp ?

Oasis was the most present in our lives so it had to be them. Also they had a similar approach to song structure ie simple chord changes.

More than ten years ago I read in a french rock magazine that you really loved Ok Computer. It has always surprised because Radiohead’s music and Dandy Warhols’ music are very different. Can you tell me your feelings toward this record ? 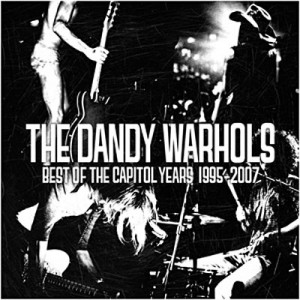 It took me about ten seconds to realize that they have stumbled across the most important mixer/engineer of our day. Cautiously inventive in their arranging coupled with Nigel Godrich equalled zeitgeist. That was a pretty exciting time.

Do you know how many albums you sold throughout the world ?

I guess a few million?

On Come Down you sing a song about Kim Deal. What other women musician would easily inspire you a song ?

In 1999, Eric Hedford leave the band. Do you think it create a significant influence on The Dandy Warhols’ music ?

Doesnt seem like it. Eric was a minimalist and so is Brent. They both harmonize like a Beatle so our next album was a logical progression no matter which one was on it… I think.

It was going to be the closing but right before we went to mastering Brent suggested that the open the album. Good thinkin, fathead. As far as God ? I have no thoughts about it but I’m pretty fuckin horrified by people who think they do.

In 2000 you directed and appeared in the short film “The End Of The Old As We Knew It” which had its debut at the 2001 Sundance Film Festival. I hadn’t seen it. Can you tell me some things about it ? What is it about ?

When the Bush cronies siezed the white house by lying and cheating I figured that this retarded son of an ex president was going to certainly get a bullet in his head. America was super pissed off (particularly the radical left) and had never seen such an obvious example of dishonesty and power joined together and in direct opposition to what the majority wanted. Being a student of history I knew that the only way to make an unpopular leader safe is to create an enemy. Invent a war. I made the thing and about 8 months later i was proved partially right by those shitbags. I guess I wrongly believed that it would lead to an all out nuclear exchange so the film is my guess at what the last ten minutes would actually be like. 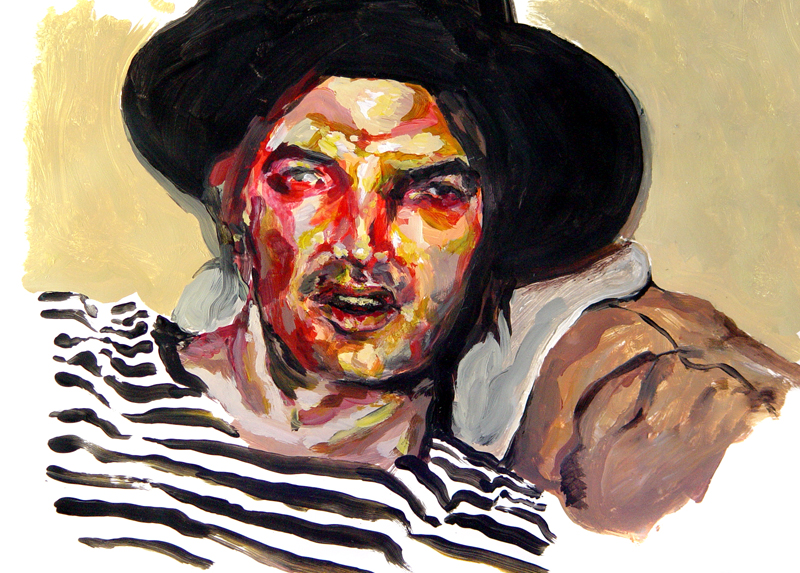 On the song “Welcome To The Monkey House” you sing : « When Michael Jackson dies we’re covering “Blackbird””. Why this song and have you finally done it ?

Yes of course we did. God I didnt think it would really happen til i was like 70.  jeez.  and what a hard song to cover, really.  the lyric is about laws in music and lawsuits and i picked that song because i liked the way the title sounded and what with the pun on jacko getting whiter over time.

Were you interested in covering a Michael Jackson’s song ? Which one ?

It seems that Monkey House is the only Dandy Warhols’ album in which the lyrics are written on the booklet. Was there a particular reason to do so ?

Are they ? I don’t remember.

Since 2003 you own this place called The Odditorium. Would you say it has deeply changed your bandlife and The Dandy Warhols’ music ?

Nah. We always kept a big warehouse studio it’s just that now we dont rent it.

Why did you work with Mark Knopfler on “Love Song” ? Are you a Dire Strait’s fan ?

Such a Mark fan. God i love that guy. One of Gods most perfect musicians.

Who is the enigmatic Miles Zuniga quoted as co-writer on two Odditorium’s songs ?

You co-produced each Dandy Warhols’album with a different producer. Why ?

One needs help on these things. Makin records is hard. They’re different because we don’t want to repeat ourselves.

I really have no idea. That is weird isn’t it ?

I’d love to know how things would have gone had I changed my past, but that’s impossible isn’t it ? Damn.

Recently your friend Anton Newcombe said to Gonzai.com that he had the impression you tried to become famous and that you payed the price it cost. What do you think about that ?

Close but not quite. I think he is doing some « projecting » there. The real trick is how to become successful without becoming famous. To be able to do what you want and be left alone is the ultimate goal. The only time we had to deal with « fame » was around the “Bohemian Like You” craze. Awful people are always getting near you and you are always being manipulated for other peoples benefit. Fame is the shitty part of success.

After that died down its been pretty nice. Dig was an example of being manipulated by a shitty person but it made it possible for the Jonestown to have a career so I cant regret it. I just wish Anton and I had been there for the final edits.

In 1997 you were singing “Every Day Should Be A Holiday”. Now, thanks to what you did with The Dandy Warhols, and thanks to the Beat the World, the label you created in 2008, would you say every day is a holiday or a kind of struggle ?

It’s a very rugged holiday but yes a holiday. I truly believe that everyones life is. It’s like a holiday that you made too many plans for so you spend the whole thing hurrying around and not appreciating the fact that its a holiday. Everyone’s life is a struggle. Everyone’s. 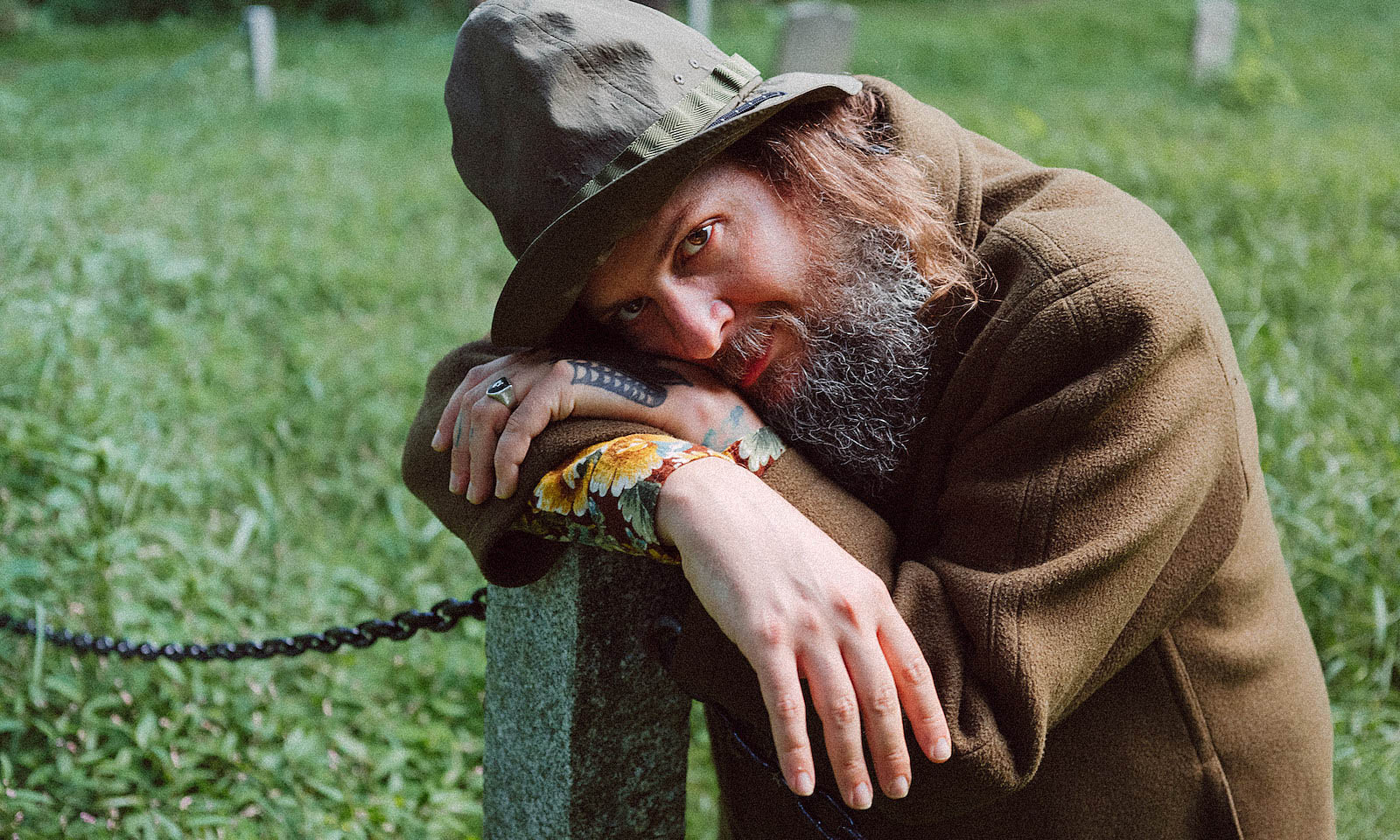 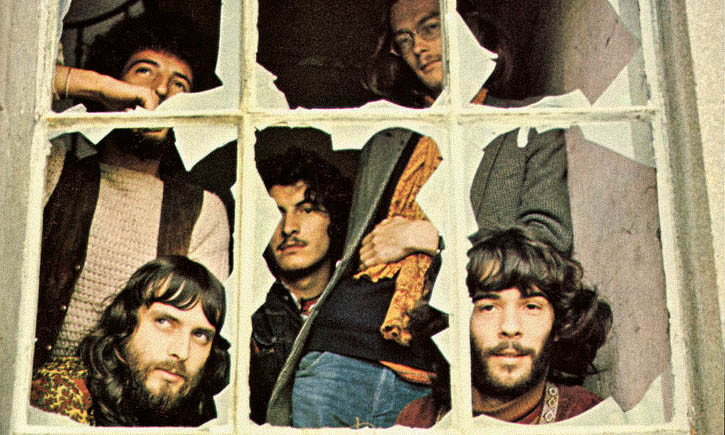 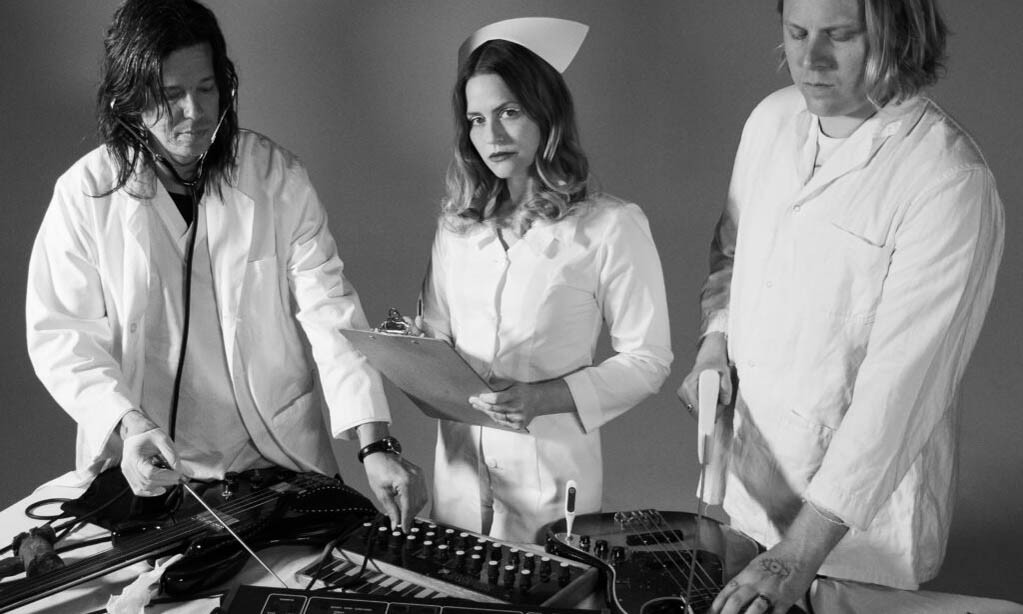 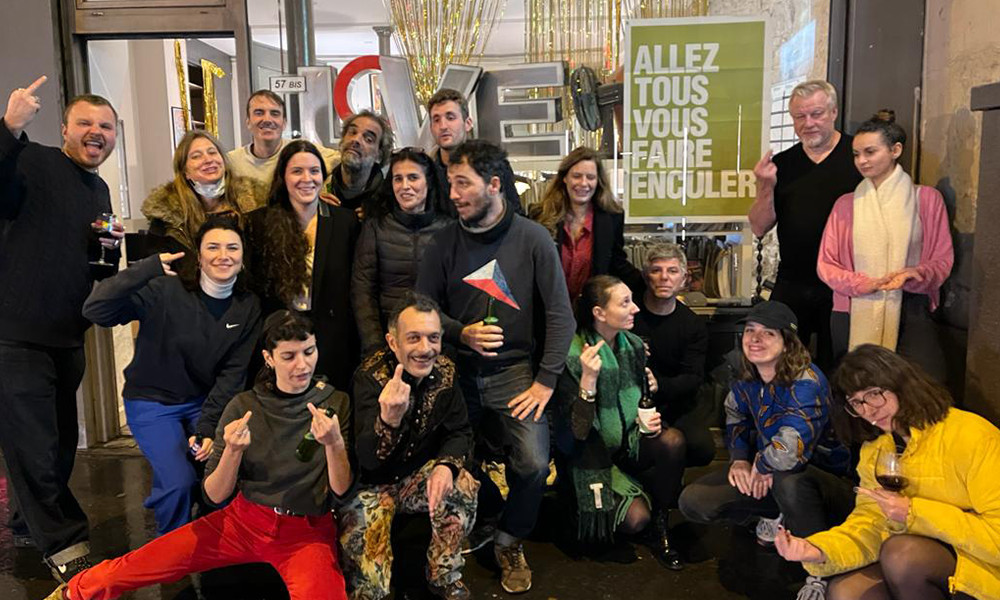 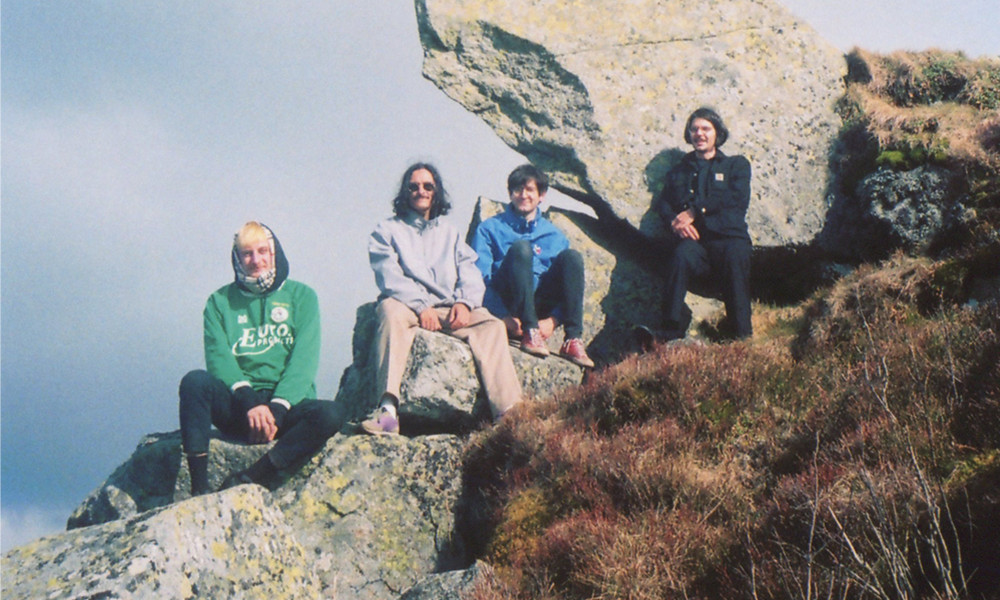 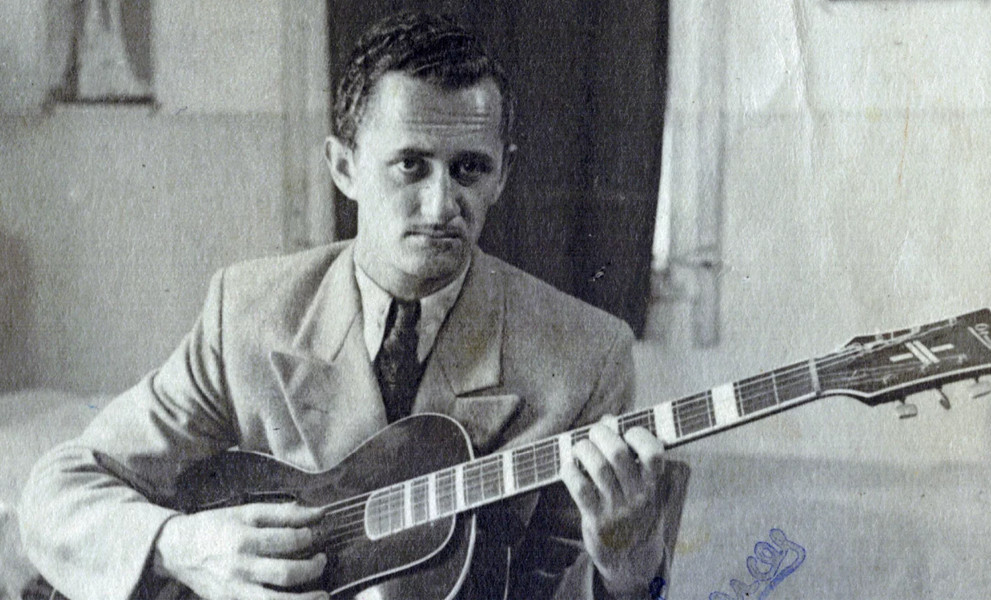 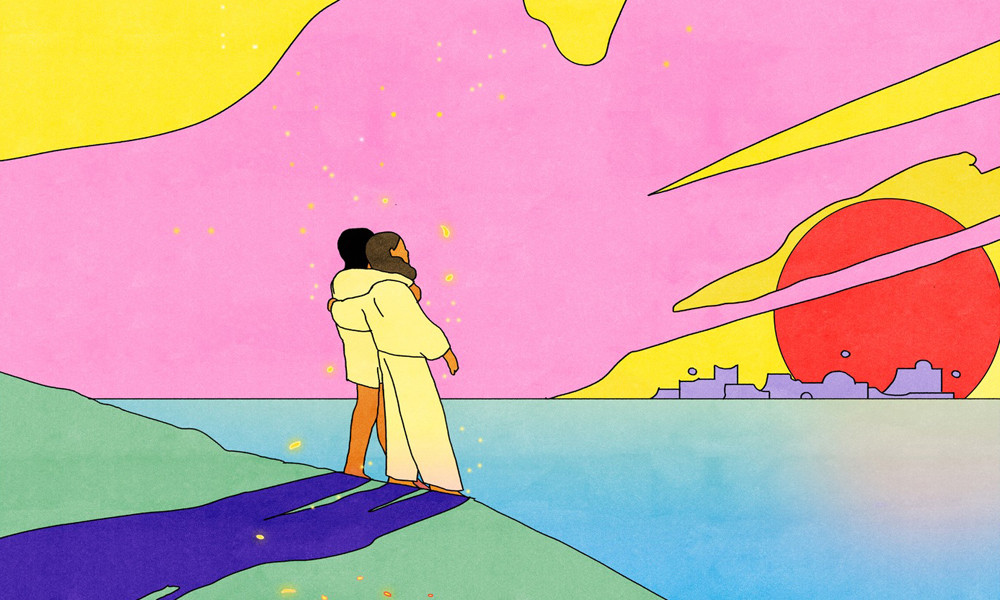 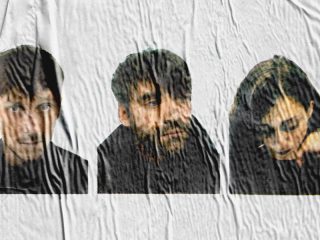 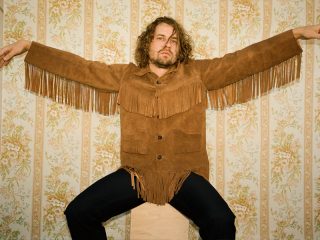 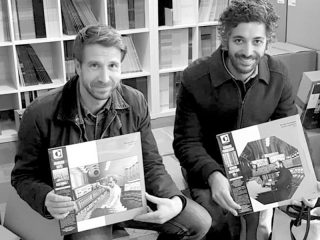